Your first live action role play game can be a little daunting if you don’t know what to expect. Some people may have reservations about traveling out into the countryside to shoot - and be shot at by - a bunch of strangers in costume with laser tag all day.

It can be particularly difficult for someone who’s never heard of live action role play before.  But believe us, it’s not as scary as it sounds, and there are positions available for all levels of experience when it comes to role play.

Live Action Role Play means that you are actually in the game.
There is no rolling dice on a table or sitting back playing a computer game - we are out there in person facing the monsters and trying to save the planet.

All players take on a character that they’re happy playing. The character maybe a policeman, a soldier, a scientist, a journalist or anything else in the genre of the game. I've played a game where a friend played a civilian vicar complete with dog collar who we were just waiting to turn out to be evil like the Master, but ended up just being a background character and a complete red herring to the game.

As that character you will have to face whatever situation the game runner puts the player team or teams in. If your character is a coward you play as a coward, if your character is secretly a blood-sucking vampire (or becomes one half way through the game) then the right thing to do is to start luring your buddies away from the group to have a quick snack.

Games are written in a lot of our favourite Sci-Fi genres including Stargate, Battlestar Galactica, Doctor Who, Aliens and many more. We also do a lot of original ideas or games where the players really have no idea what they're up against until they find out the hard way – as the players of our Invasion: Colony game will attest, after having first the Predator and then Alien xenomorphs disrupt their attempts at colonising a planet. 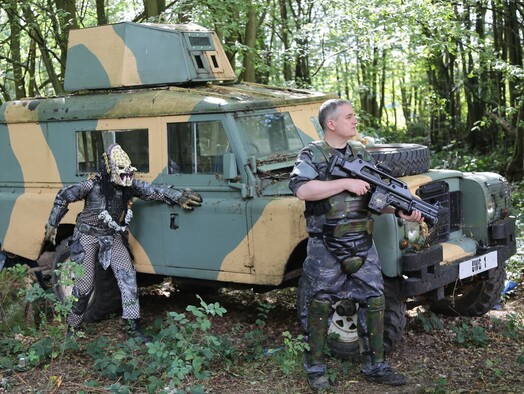 We use a Laser Tag system to simulate combat as realistically as possible. This gives us the means to show a human character who may only need to be shot 3 times to be killed is no match for a Cyberman who needs to be shot 15 times to go down. We have some spare equipment to lend out to new players so they can try out the hobby so don't worry about not having any.  We try to make it as easy as possible for people to get involved in the games because we have a great amount of fun with it and want to share that with other geeks.

Our games are run at a site just south of London (near Brand’s Hatch and Fawkham village in Kent), and we’ll help arrange transport, either for people carpooling or who need picking up from the nearest train station.

The first thing to do once you arrive is to get briefed on the day, rules of the game, and get shown how to use the kit. As the game runners need to prepare for the number of players, we appreciate it if you let us know that you're coming beforehand. We have a number of spare kits specially for loaning to new players, but we do occasionally have a lot of new people show up so it's helpful to have an idea how many spares have to be sourced.
To ensure we know you're coming and can reserve kit for you, please ensure you register on our Meetup group.

Following some generic skirmishing in the morning to get people used to their kit, we will have lunch and then begin the themed game in the afternoon.  The game will begin with a briefing that will tell you everything you need to know, which is by no means everything there *is* to know, but usually just enough to get your character killed. So don’t worry if you feel a little lost as you head out into the woods, part of the fun of the game is working it out as you go along. When all’s said and done - and we’ve all died several times over - most of us head down to the local pub for a drink or three and the chance to swap war stories from the day.
Please note: For insurance reasons all players must be over 18 years of age

Things that are useful to know: 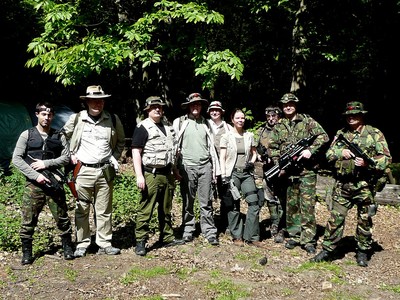 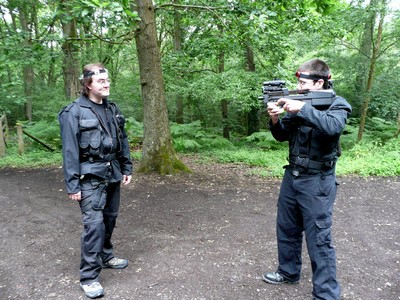 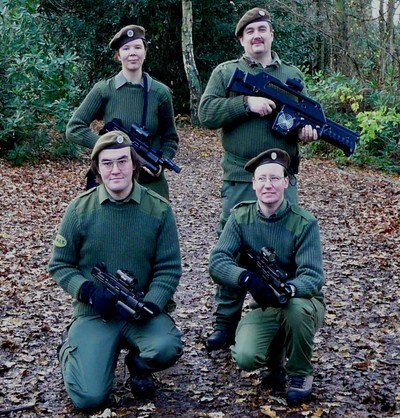 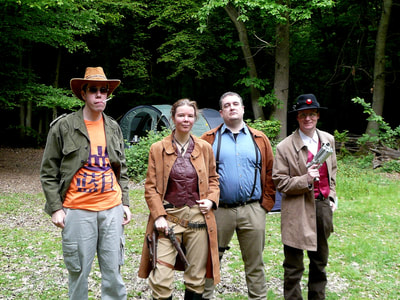 Specialised (in this instance, Firefly-themed) 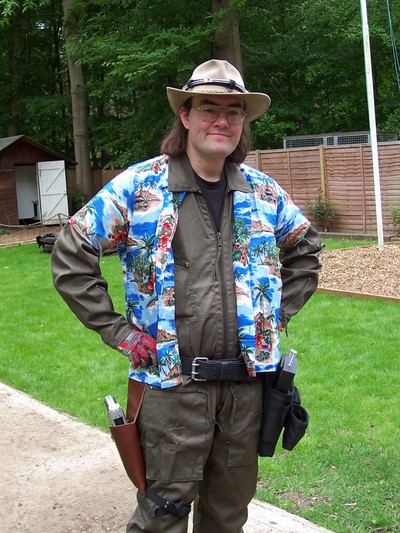 Tactically challenged
Most importantly, have fun, that’s what it’s all about.  😊 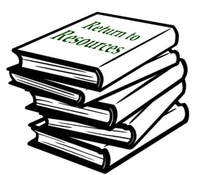