Weekend games are a highlight of the LARPing season, and I highly recommend you give them a go to get the full immersive experience over the course of a weekend.  We realise that it’s a big step though, so we’ve put together this survival guide to give you an idea of what to expect and how to prepare.

Most weekenders will start on the Friday night.  That’s not to say that you roll up after work, say ‘hi’ to everybody before heading to bed to get a good night’s sleep before game-in on Saturday morning.  No, we like to hit the ground running.

Friday evening games generally aim to start around 7 – 8pm, by which time it’s expected that you’ll have been on site for several hours, set up your sleeping arrangements, and had dinner.  Depending on the location of the site this will usually mean, at minimum, that you’ll only be able to do half a day’s work on Friday if you want to get there on time.  We strongly recommend that you take the whole Friday off, as well as the Monday to recover.  It’s a brave soul who goes into work on Monday after a game – adrenaline only lasts so long… 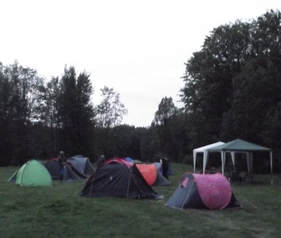 Sleeping arrangements will differ depending on the site.  Starlore games often include some sort of quarters in the price, usually scouts’ barracks or bunking down on the floor of a heated hall.  Whereas players are encouraged to camp on site during the Invasion weekend to get the full ‘round-the-campfire experience.  For those less keen on getting up and personal with nature, there are usually motels or B&Bs within a stone’s throw and often a group staying there with at least one driver who’s happy to ferry people back and forth.
Make sure you check what the arrangements are for the upcoming weekender and make sure you plan appropriately.  If you’re staying on site you’ll need a sleeping bag and pillow at minimum.

If you’re camping, you’ll need a tent (obviously), and some sort of sleeping mattress or mat, as well as the sleeping bag and pillow (or bundled-up clothing, if you’re not too fussy).  With tents, double lining is preferable to single because it doesn’t get wet inside if it rains.  If you do have single lining, try to make sure that nothing’s touching the edges of the tent’s interior if it’s raining, as this increased the chances the water will seep through.

Airbed mattresses are generally preferable to sleeping mats, as they’re usually much more comfortable. They do require something to blow them up though. There probably will be a couple of air pumps brought by people, but it’s best to check before you come or else you’re going to be very out of breath by bedtime. An alternative is one of the self-inflating thermarest types, I picked one up a few years ago for around £10-£15 and it’s served me pretty well across around a dozen events. It’s not the thickest airbed in the world, but I’m not that fussy. Another option is to assemble a camp bed, which will probably be more comfortable, but is a bit more expensive and larger to transport. You’ll have to decide what you’re happy sleeping on.

Also, keep in mind that it will be a large number of us in close proximity, there will be snoring-like noises during the night. Light sleepers may wish to invest in some earplugs (they really do help). 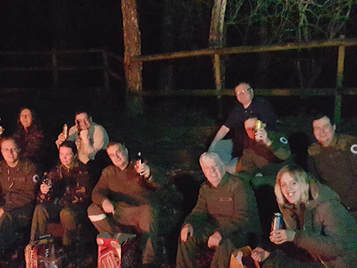 For our events, we organise takeaway for evening meals.  This is usually from the local kebab or pizza shop.  This involves a driver doing run to a local chippie after collecting a list of what everyone wants, and the money to pay for it.  It makes life much easier for the person picking up the order if you can give them correct change, so if you intend to take part, please make sure you’ve got a suitable amount of small notes and coinage to make up the correct amount.

For other meals you'll need to provide your own food.  Recommendations of what sort of food to bring based on past games are pre-cooked meals that don’t need to be heated for minimum fuss.  Examples include pasties, quiches, and similar.  If you have a chiller box it’s easy to pick up a few rolls and have them with sliced ham, cheese, and tomato.  Don’t count on there being either powered refrigeration or any microwave or oven facilities, unless told otherwise, so plan accordingly.

And of course, make sure you bring along plenty of liquid to keep hydrated during the day, and plenty of an entirely different sort of liquid to get merry around the fire after the game.  😊   Bonfires are usually both a tradition and a highlight of the weekend, but even without one, there’s always a social get-together and swap of war stories over a few bottles. 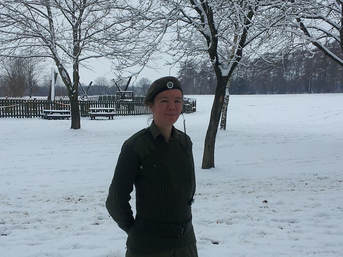 Costumes largely come down to what games are being played, but as a general rule, a set of cameos and a set of military blacks will get you through most things. Sometimes ‘civvies’ (civilian clothing, like jeans and a t-shirt) are called for, and it’s not a bad idea to have a change of normal clothes handy anyway, in case of excessive mud or rain.  If it’s a single-themed weekend game you’ll likely only need one or two sets of clothes, whereas you may need several for Invasion to cover the different characters across the multiple themed games.

Either way, make sure your clothing is appropriate for the weather at that time of year.  It’s better to have a pair of thermals and not need them than it is to wish you’d brought them.  Gloves are recommended as well, tight-fitting ones are best otherwise you may have trouble using the tag toys.  And possibly think about those chemical heat packs as well, if you’re like me and genetically designed to live in a furnace.  I attended a March game a few years ago where a completely unexpected blizzard sat on us for the whole Friday night game and dumped a good few inches of snow over everything for the rest of the weekend.
Would anyone like to guess how many layers of thermal I had on under that UNIT uniform?

One of the best parts about Weekenders is that they include night games.  Playing in the dark adds in a whole new element of fear, challenge, and reality.  Anyone who knows me knows that I love night games, but they’re not something to rush into because at the end of the day you are playing in the woods in darkness.

This may sound oddly specific, but make sure you look up the moon cycle before coming.  It will make a huge difference whether there’s a full moon or no moon at all during the night games.  I’ve played on moonless nights in the past and you’re literally as blind as a Salem cave crayfish (bats aren’t actually blind, despite the saying) if there’s no artificial lights around.  So, the logical answer – bring a torch!  In fact, bring at least two just in case.

Not just any torch though, there are a couple of things to think about when selecting them.  First, you don’t want to blind your teammates – or the NPCs! – whenever you wave yours around.  Safety first, always, so go for something of modest strength rather than something that can double as a vampire disintegrator.  Also, the likelihood is that at some point during the game you’re going to want to both hold a torch on something (someone), as well as shooting at them with a fair degree of accuracy.  Try doing both while a hissing xenomorph – for instance – is confronting you.  Ideally you don’t want to have to juggle, so having a torch that’s small enough to strap to the barrel of your tag toy is ideal.  Head torches work in theory but in practice they can get in the way of wearing a sensor – and they also guide the NPC’s targeting right to your head…  Head torches are great for out of game wanderings, but during play they’re not recommended.

The second piece of safety equipment is a whistle.  Players should have a whistle on them during every game, but it’s especially important during night games, for obvious reasons.  If you get lost or injured during a game you need a way to alert anyone nearby.  Cheap ones can be picked up for under a pound from ebay or your local pound store, or bought in bulk for cheaper if someone wants to arrange a group purchase.

“If there was a list of things that made me feel comfortable, lists would be at the top of that list.” - Sheldon

This will not be an exhaustive list, but it’ll give you an idea of some of the things you’ll need to remember to pack.

The important thing to keep in mind with weekenders is that, yes, while they’re intense and it’s a big step to sign up for your first, you’ll be there with a bunch of friends who will all be looking out for each other.  We try to make this as friendly and fun a hobby as possible, and in a way the weekend events are the pinnacle of that. 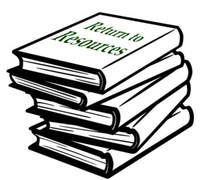