In addition to our normal production buildings, which only produce supplies, there are special production buildings that may provide other resources.  These are usually won during events, although at least one comes as a major reward from completing the 4th level of GE or getting very lucky in the Relic Hunt.

But, as with everything, some of these are very worthwhile and others significantly less so.

Much of that will come down to what resources you value most depending on your style of play, so I’m not going to say that this building is ‘good’ and that one is ‘bad’, instead I’ll say a building’s good if you’re looking for coins/Forge Points/medals, or whatever, compared to all the other special production buildings that produce the same resource.
Hopefully that makes sense.  😊

I’ve also adjusted these based on their size.  So for instance, the Aviary produces 315 supplies in 15 minutes, which is obviously less than the Terrace Farm which produces 790 in the same time period.  But the Terrace farm is 5x6 (30 squares) compared to the Aviary’s 3x4 (12 squares).  So taking that into account, they both produce 26.3 supplies per square over the 15 minutes, making them equal.
(These figures are based upon the Late Middle Ages production rate)
With the supplies in particular, I’ve also tried to compare these to standard supply production buildings across a comparable Age.  Using the above example of 26.3 supplies per square over 15 minutes, this is compared to a normal production building producing 17.8 supplies (an unboosted Brewery, at 3x3 [9 squares] producing 160 goods per 15 minutes).  That’s not a huge increase, so I’ve rated these two special production buildings as ‘Poor’ in comparison to what you can get through normal means.  Remember that special production buildings don't automatically level up when you go up an Age, they need a One-Up or Reno Kit, so over time they will become less and less useful compared to your contemporary production buildings, unless you spend one of the kits, which I wouldn't really recommend considering there's far better uses for them.
I’ve done a similar comparison against standard coin production from houses, just to put it in perspective.

So, on to the results.  I’ll group them into categories of their resources, and list them from Excellent to Terrible.  So if, for instance, you’re most interested in which building can give you the most goods, you’ll be able to refer to the list and see that the Sleigh Builder is head and shoulders above the others.
At the end I’ll briefly run through a summary of each. 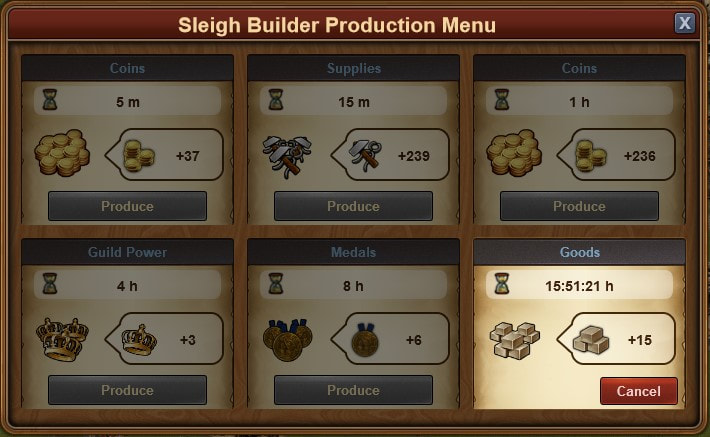 Keep in mind, however, that many of the below rankings are based on resources that are only produced by one amount of time, so while a Bountiful Cider Mill is a ‘Very Good’ choice for supplies, you probably won’t want to be clicking it ever 5 minutes to make the most out of it.  So make sure the production times fit in with your schedule when choosing the right ones for you. 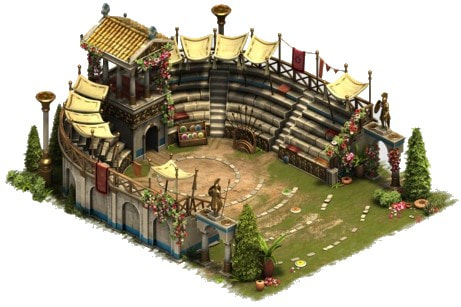 Arena of Victors – A fairly sub-par building overall, not really worth building. 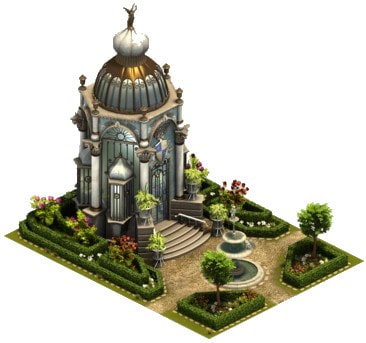 Aviary – Excellent for coins, but not much use for other resources. 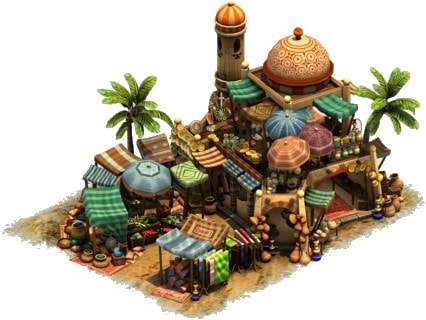 Bazaar – Fairly sub-par, not worth building. 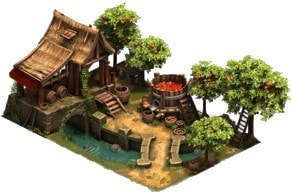 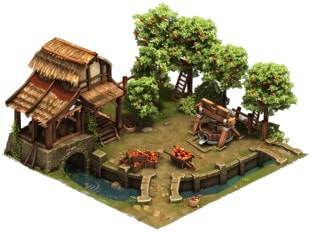 Blooming Cider Mill – Excellent for supplies, pretty bad for anything else. Fruitful Cider Mill – Excellent for supplies, decent for Forge points, but not great for much else. 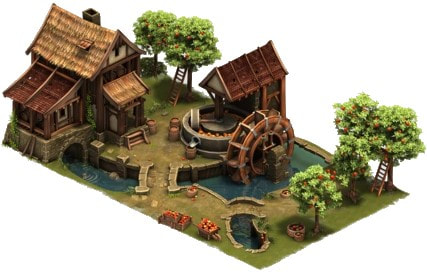 Bountiful Cider Mill – A good all-rounder, worth the space. 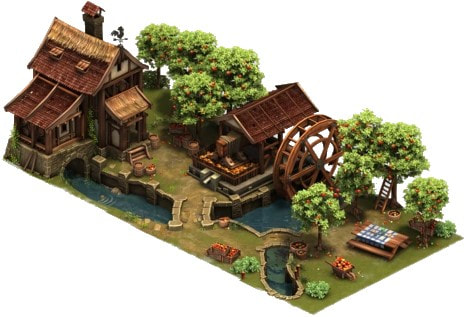 Prosperous Cider Mill – Another good all-rounder that would be a decent investment. 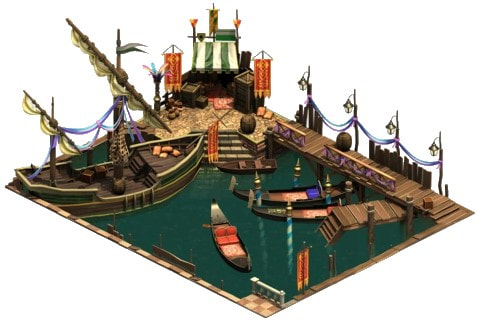 Gondola Dock Market – Pretty poor across the board, wouldn’t recommend. 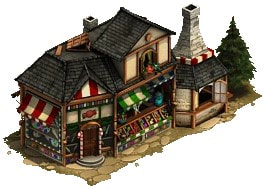 Confectionary – Good, although not brilliant, for supplies only. 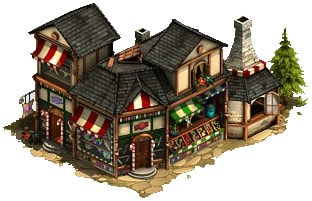 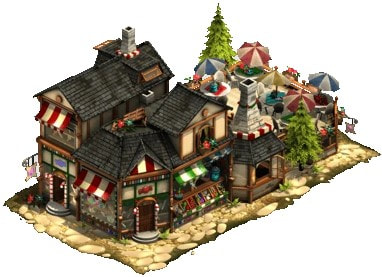 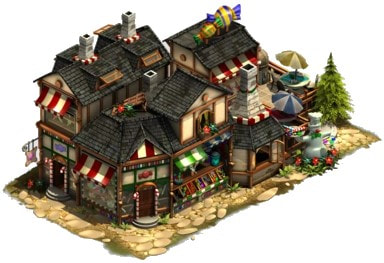 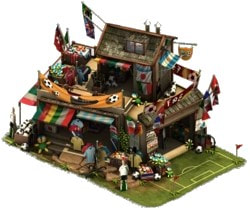 Fan Shop – Supplies only, and fairly poor compared with others. 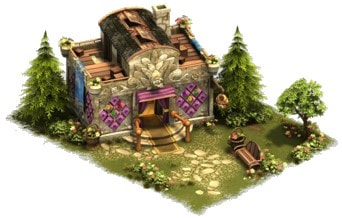 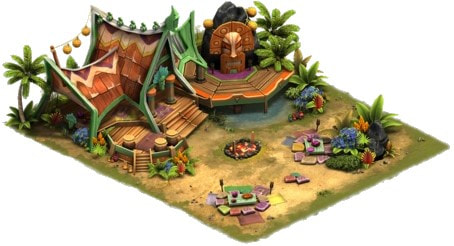 Luau – Very poor or terrible for everything it produces, avoid. 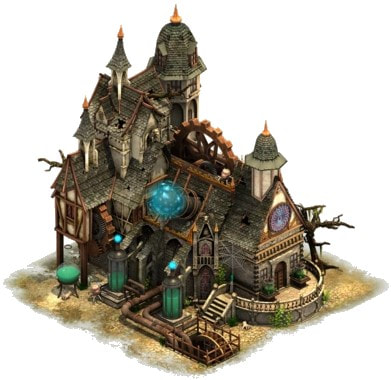 Mad Scientist’s Lab – Worthwhile if you’re just after coins and goods, but inadequate for anything else. Magnum Opus – Great for Medals or Forge Points, don’t bother with the supplies or Guild Power. 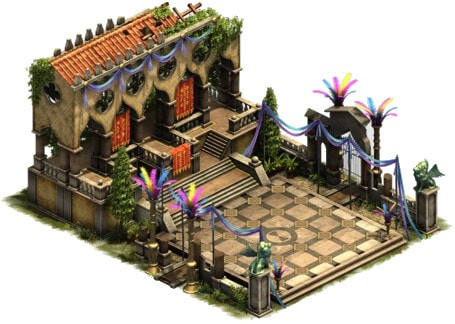 Masquerade Ball – Good for coins only, not worth anything else, wouldn’t recommend. Rosarium – Strong in Medals, Goods, and Forge Points, ignore the supplies and coins. Santa’s Workshop – Good for coins and medals, but overall not one I’d recommend. 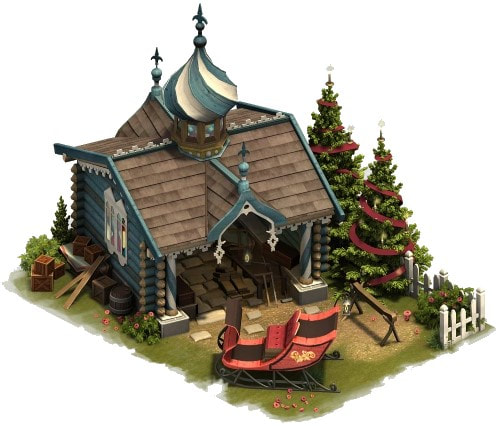 Sleigh Builder – The stand-out of the bunch, very strongly recommend. 15 goods per day for such a small building is insanely good. Soccer Field – Awful across the board, avoid. Sunken Treasure – Strong performance with nearly everything it produces, the exception being medals. One I’d happily build myself. Terrace Farm – Comparatively decent, although a big space commitment. These have a good reputation and you often see high level players with them, but looking at the stats I’m not personally convinced they’re worth the space. 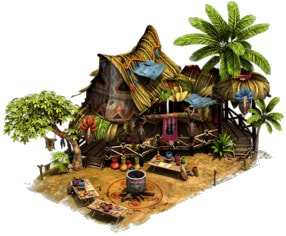