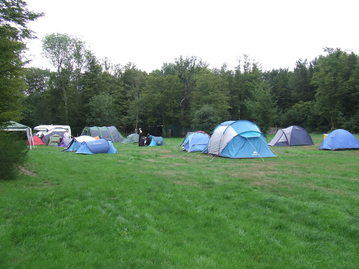 2018’s Invasion weekend event was a little wetter than ideal, with some games having to be postponed, but a good weekend was had by all regardless.

Labelled ‘Invasion: Annihilation’, the main series of three games on Saturday began innocently enough.  Half the player group was the local police constabulary and the rest of the players were either staff members at a local company or protesters determined to shut the company down using whatever means necessary.  The officers of the law were kept on their toes with multiple ‘flash points’ active at any given point in time, ranging from belligerent employees through to all-out warfare.  And then there was the IT department… 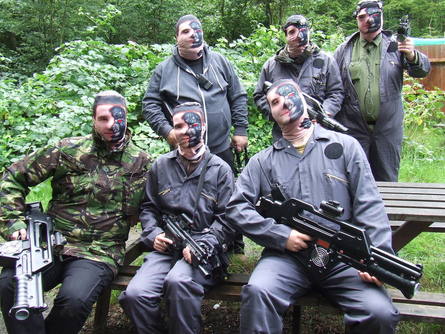 When the company itself was confronted, following the downing of the police helicopter, its true nature was revealed and a T-1000 model terminator was set upon the unsuspecting officers.
The following segments involved the police officers and surviving locals living through Judgement Day and fending off terminator infiltration models.  Eventually, under the cover of darkness, the player team managed to hunt down the prime model who was coordinating the attacks and put it out of commission.
Sunday’s game was a good deal more light-hearted, and had everyone dress up as characters of their choosing.  The majority of the players chose superheroes of one variety or another – everything from Captain Chaos to Bicycle-Repair Man – and set out to discover just what had brought them all together on an unfamiliar world.  One suspicious Marcus-shaped hologram, and several puzzles later, the team discovered the truth of their translocation and laid the dastardly villain low. 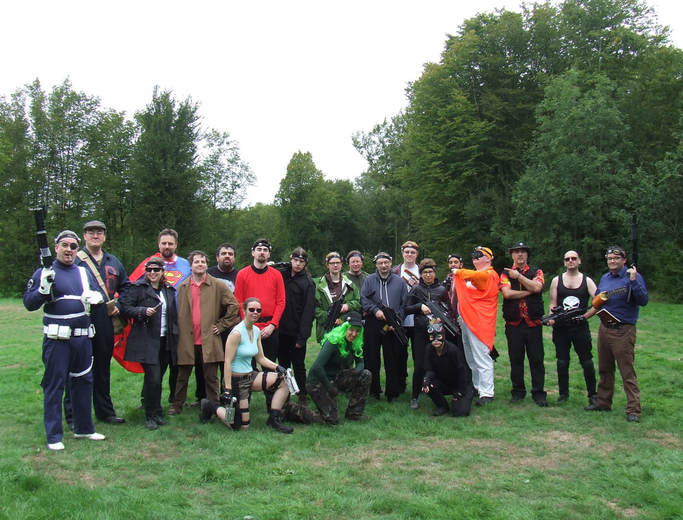 Unfortunately the Friday night game, Sunday’s Firefly continuation game, and the annual Battle Royale were all rained out.  Both the Firefly game and Battle Royale were run the following month under more favourable conditions, and the Battle Royale resulted in another photo-finish for the ages (and one that Clayton won’t forgive me for anytime soon). 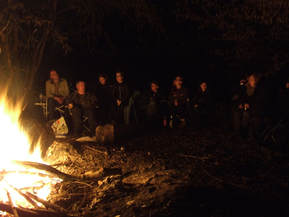 Hammocks are banned, no exceptions.

Don’t interfere with the building of the fire unless the QoFE(m) allows.
(The QoFE(m) does not allow)

Having both player teams and grid references called ‘Foxtrot’ is a recipe for confusion.

Police: “Do you have any idea why the IT department has gone insane and are attacking us?”
NPC: “They’re IT, what do you expect?”

All rescuing NPCs:  “Come with me if you want to live.”
Game Runner: “I should have thought of that.”

Player: “Who are you?”
Terminator infiltrator:  “Yes, I am just like you!”  (while wearing a truly disturbing half-robot mask)
Player: “Oh, okay”   (wanders off, and the team is slaughtered three seconds later)

“By the power of Grey Team!” 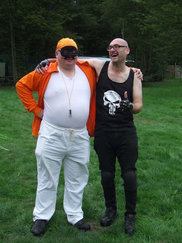 “Have no fear, Captain Chaos is here!”

Emmett is amazingly stealthy regardless of what he’s wearing.  In fact, neon orange may work in his favour by causing light to bend around him.

The image of Clayton in the Punisher costume is going to stay with us all for a very long time.