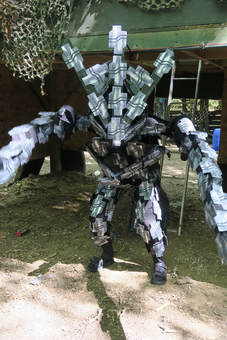 While on a routine mission the Stargate team discovers an unauthorised human laboratory on a distant planet. Documentation reveals it was set up by the Trust, a human-centric organisation determined to wipe out alien life. The Trust scientists were apparently studying Replicator technology when disaster befell them and one of their test subjects escaped, killing all personnel. By the time the Stargate team arrived, it had grown to become a Queen and had infected the Trust scientists and soldiers, sending waves of human-like replicators against the investigating team.  The Stargate team eventually took the fight to the Queen Replicator herself, drawing her out from hiding and quelling the threat with extreme prejudice. 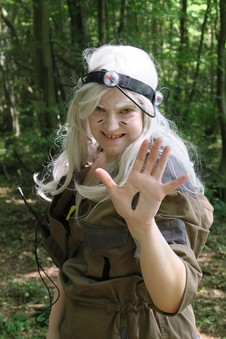 Recognising the danger of the Trusts’ unsanctioned experiments, the Stargate team attempted to apprehend them on another planet.  Here, they found a local population suffering from a wasting sickness, and set out to discover the source.  They were soon attacked by a Wraith, driven near mindless by the same disease.  It became evident that the Trust had been attempting to perfect a biological agent when the Wraith escaped, killing many of the scientists and spreading a variant of the illness among the local population.  Careful study of the disease revealed the Trust was attempting to bio-engineer a plague that would infect all non-Earth DNA to wipe out any non-human civilisation. 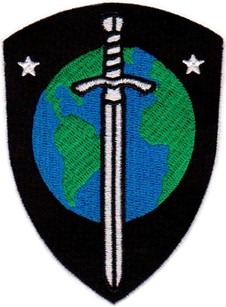 In their mission to release the deadly virus contained within Pandora’s Box among the many alien civilisations, the Trust made use of a Quantum Mirror to journey to an alternative dimension.  A piece of crucial technology required for their success had been destroyed in their current reality, so they sought its counterpart in an alternate version.  Following closely behind, the Stargate team fell afoul of the merciless servants of Anubis, who had been chasing the Trust following the theft from their god.  Seemingly unkillable warriors captured the team and caged them, guarded by the Daughters of Ishtar, who had been unwillingly forced into Anubis’ service.  With some convincing, the Daughters released the captives on the agreement that they use a special device, known to the Trust, to kill the Anubis warriors and then take them back to their own reality where their leader Ishtar yet lived.  The Stargate team successfully freed the Daughters from their enslavement but were too late to stop the Trust from retrieving the artefact to power Pandora’s Box. 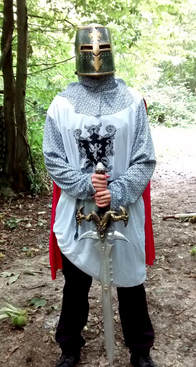 The trail finally led to a planet heavily guarded by Trust soldiers.  To store the deadly Pandora’s Box, they had appropriated Ancient technology and hidden it in a site that could only be reached by a Transporter.  After bypassing its safeguards and teleporting to the vault, they were confronted with a holographic knight that could only be defeated in a single combat swordfight.  Once through, the team finally had Pandora’s Box in their possession, but a last stand by the vengeful Goa’uld Cassio caused panic before he was put down.  Careful examination of the Box and accompanying documents revealed that the Trust had been infiltrated by a Goa’uld who had realigned the deadly device to target humankind instead of aliens.  Only one Trust member had survived to realise this final betrayal. 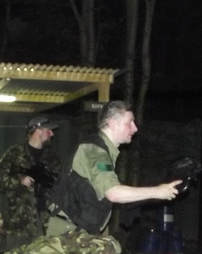 The crew of Babylon 5 were exposed to a lethal pathogen that would kill them within two hours if a cure was not found.  Headquarters were able to advise on local resources that were vital for their survival, although acquiring the materials proved problematic.  A metallic flower grew only in an area that caused periodic damage the longer anyone stood within its bounds.  The second ingredient was guarded by malfunctioning robots that endlessly repeated science fiction quotes.  And the final component was guarded by a rampaging mutant super soldier, driven insane by the very item the crew needed.  With some impressive displays of Science, the cure was synthesised a mere 24 seconds before death would have claimed them.

Game runner - "The players are coming"
NPCs - "Give us a second, we need to charge our faces"

Malfunctioning Cyborg - "SMOKE me a KIPPER!!! I'll be back FOR BREAKFAST." 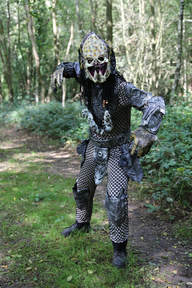 Player - "I've never been so scared in my life"

The Predator -  Surprise froze the group of colonists, and I watched in vicious delight as it turned to horror when I started tearing their teammate apart.  In that singular moment, it wasn't a sponge soaked in ribena that I held aloft and squeezed; for every person there it had genuinely become a human heart.  They ran for their lives.

That moment when... searching for anything to protect himself, one player used a tent to try and batter away an attacking Alien Xenomorph...

That moment when... an Alien Xenomorph, with clear instructions NOT to kill any of the player team, leaps out of the bushes... and three players die anyway from friendly fire. 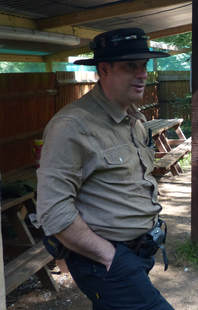 A group of villagers on an outer planet had been beset by bandits while the delivery of essential goods was underway.  Joining forces with the merchants, and a pair of mismatched bounty hunters, they cornered the bandits to retrieve their stolen property.  Unbeknownst to the villagers, the bounty hunters were chasing their deputy sheriff which led to a desperate confrontation.  All other matters were then superseded by the dire warning of incoming Reavers.  The merchants and some others decided to flee in their ship, hoping to escape before the Reavers drew close enough to pursue, while the villagers decided to stand and defend their homes.  The fate of both is unknown.

Player - "Are you DISRESPECTING Mr BOOM! and myself?!"

Player - "Can two people please not talk over the radio at the same time!"  (Player not realising that only one person was talking on the radio, but he was standing too close to Mr Moffat and Mr BOOM!)

A Hunger Games-esque free for all where combatants fight to the death in strictly cordoned zones.  To liven the entertainment – and raise the body count – past champions are sent in to create havoc.  Only one victor will leave the field alive, get ready to cast your bets.

Announcer - "You people are awfully uninteresting, you're not dying fast enough."

Player - (Who had been so sure he was going to die in the first minute, shouted)  "Come and get me, I'm over here."  (And everyone promptly avoided the crazy person)

That moment when... Marcos came from nowhere to claim the victory, like a ninja... 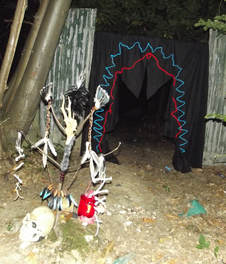 A routine Stargate mission takes a worrying turn when the DHD is booby-trapped with a lethal puzzle, trapping the team on a distant world.  In a bid to make their escape, the team had to coax the local wildlife into cooperation, and battle with a stranded division of the Trust for the keys to the puzzle.  On the cusp of success, the friendly villagers revealed their darker intent and took the earthers hostage in a ritual designed to summon their dark lord from a demonic dimension.  Pursued by the immortal beast, the Stargate team managed to release the final lock on the DHD and close the portal, banishing the demon.