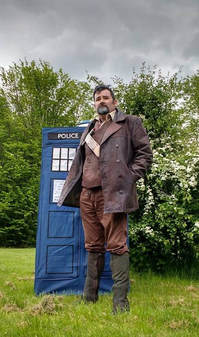 A team of UNIT personnel were undertaking their yearly combat competency training with practice weapons  when they were set upon by a lone Auton.  The experienced trainer team was largely wiped out and the remaining personnel managed to arm themselves with live guns and dispatch the Auton. Orders were then received from UNIT command to investigate a nearby meteorite which was thought to be a fragment of the Nestene Consciousness. En route, the team encountered  a strange, very ‘alternative’, man who claimed to know them and was able to provide healing, although little in the way of explanation. They were met by the "War Doctor" and his past assistant Simon John Smith.  The Doctor believed that something was going very wrong with time itself, as this point should be a fixed point in history and was being meddled with. The UNIT team claimed the Nestene Shard and fought off relentless waves of Autons to bring it back to the training camp with some civilian survivors. While there, the Shard was was stolen by two people with the appearance of trusted teammates. Soon after, more Autons came but this time they seemed to shrug off the UNIT weapon fire. The Doctor and many troops fell, with the survivors lead by Simon John Smith and the squad Captain as they fell back to the only safe place: the Doctor's TARDIS. As soon as they were inside The TARDIS it promptly dematerialised. The surviving UNIT team members soon found that without the Doctor they were unable to control its destination and were cast adrift in time and space. 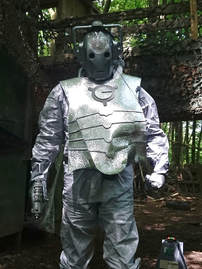 A small group of archaeologists and a mysterious Abbotess stumble upon a stasis chamber containing silver-skinned ‘angels’ and are joined by the time-traveling UNIT team.  The over-eager pressing of buttons led to the release and subsequent attack of the angels, which UNIT recognised as hibernating Cybermen. The UNIT team discovered their weapons were largely ineffective, leading to their retreat.  Misunderstandings between the teams developed and were mostly resolved, and the archaeologists provided gold coins from an earlier discovery that were successfully melted down and reforged into bullets. The Abbotess was less then pleased with this, which lead to a confrontation, but before she could be taken the Abbotess herself disappeared using a strange bracelet that Simon John Smith recognised as a Time Ring. The ‘Angels of Pax’ were laid to final rest before the UNIT team continued their travels. 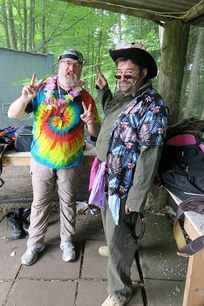 The adrift UNIT team was set upon by hostile forces upon reaching a new alien planet.  The Captain was kidnapped by the leader of the opposing force and tortured at length.  The rest of the team found assistance from an unlikely pair of local residents in garish clothing, one of which had healing abilities, and they had met before (in game 1) though he didn't remember this. The world was the home of The People who live freely in the forest wanting to live away from governments or corporations. Unfortunately they live on a rare mineral that a rouge mining ship wanted to mine, and if that means killing all of The People, then so be it.  After a breakdown of negotiations with the hostile Mining Ship Captain, the UNIT team battled through her bodyguards and eventually rescued their commanding officer.  The Captain, utilising a strange bracelet-like artefact, disappeared before she could be apprehended. The local healer Moonflower joins the UNIT team into the TARDIS.

Landing on an eerily quiet planet, the UNIT team were ambushed by a mix of local villagers and uniformed men, all acting irrational and highly aggressive, with some taking more damage than a normal person should be able to withstand.  Exploring further, UNIT was challenged by a wary group of armed men also wearing UNIT uniforms and claiming to be from Earth.  A plague was discovered that threatened all life on the planet, turning its victims into violent zombie-like creatures.  The two teams agreed to work together, with considerable suspicion on both sides, and were able to repel the waves of attackers long enough to find the source of the infection.  The Colonel of the new UNIT team was caught out as instigator of the plague, and when confronted, brandished the same bracelet-like artefact seen before and again vanished before being held to justice (to the immense displeasure of the Commander who had been lengthily tortured by the entity’s previous incarnation).  The source of the infection was destroyed at the cost of the new  UNIT team's Sergeant’s life and the team continued their travels with some new UNIT members rescued from the dead planet. 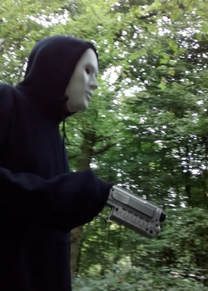 The UNIT team land in a trading Town to find a Sister of Khan waiting for them. The Sister is a friend of Time's Champion and has seen many things in the Sacred Flame which caused her to travel to this place. The Sister explains that the UNIT team have caused a fixed point in time (When the Autons attacked Earth) to be changed, which would send ripples across  time killing countless billions of sentient beings, including Times Champion himself. The Sister states that the team must return to just after they left and fix whatever harm that their leaving has caused. This must happen after the point of their departure as they must not risk meeting their past selves under any circumstances.  To fly the TARDIS the UNIT team must capture The Meddling Monk, who is the Timelord working for the Daleks to disrupt time, and who the UNIT team have found on so many of their landings. The Sister tells the team that the Monk is nearby and gives the team 2 vials, one of Pro Plastic and one of Anti Plastic to help with the Autons. After a confrontation with the Monk which costs the life of Simon John Smith, the Monk is captured, the Time Ring taken, and the UNIT team are ready to head home.

The Monk tricks the UNIT crew and knocks them all unconscious.  When they wake up the Pro Plastic and the Time Ring are gone but not the Anti Plastic, of which half is added to bullets. The team find that they are back near the training ground and are attacked by a large number of Autons, who they mostly dispatch except for one that heads to the training area.  It appears that the Monk has bought them back BEFORE they left in the TARDIS. Moonflower goes to check things and he meets his friends from the TARDIS from before they knew him, but he healed the team as best he could. The UNIT team waited for the Nestene fragment to be bought back and recognized the Monk as one of the civilians rescued. While the team wasn't looking the Monk poured the Pro Plastic onto the shard before making his exit. Knowing they must not change history, the team stay out of sight except to send two members to get the shard, as happened previously in game 1. The team then chose a defensible position and loaded their anti plastic bullets to hold out until the TARDIS dematerialised. Moonflower signals the few survivors of the battle and the Anti Plastic is poured onto the shard, shutting down all the Autons, allowing Moonflower to heal all the wounded, including The Doctor. There is a final confrontation between The Doctor and UNIT with the Monk, and the day is saved.